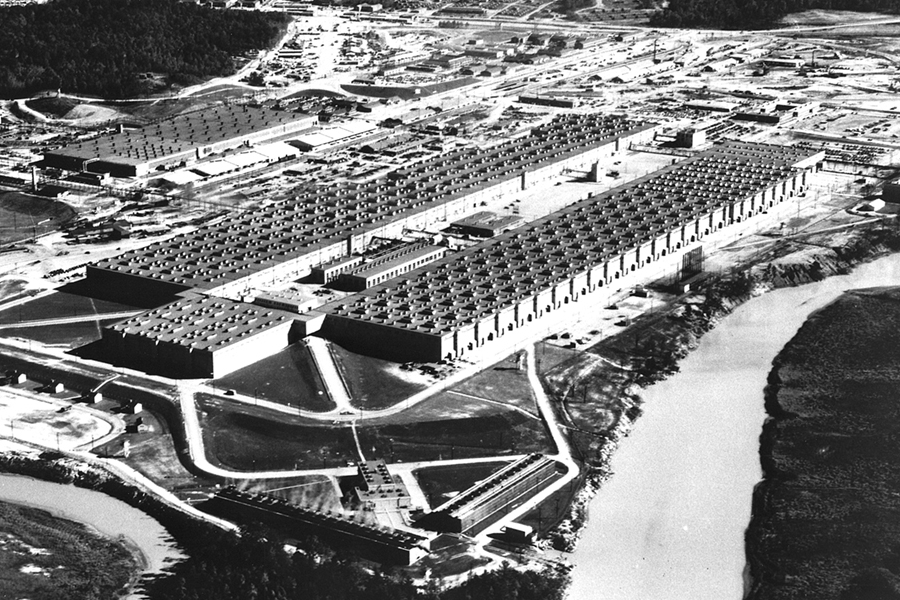 The city of Oak Ridge was established by the US government in 1942 to serve as a home base to the Manhattan Project.

Chosen for its remote locale, the entire city had to be built almost from scratch to handle the influx of employee/residents, which ballooned form 3,000 to 75,000 within 3 years. Very few of the employees, most of whom were women, knew what was being built at the time, or exactly what they were getting into.

Delightful Oak Ridge was, in a lot of ways, just like any quaint southern city—there was an abundance of leisure activities like swimming, a library, 13 grocery stores, an orchestra, and swing dancing. Besides the required badges, guard towers and giant perimeter fence, it was practically a wartime Mayberry. Everyone was quarantined, and their duties left the actual project a mystery, but who would want to leave when they have everything right where they’re at, and who were they to question the government who had given them such a comfortable home and stable employment? It wasn’t until Americans dropped the atomic bomb on Japan that the fine citizens of Oak Ridge realized what they had become a part of.

Two years after WWII ended, the city was relinquished to civilians. When visiting the city today, you can still see some of the old guard towers on the edges of the city, and experience one of the nation’s largest swimming pools still in operation. For $5 with valid US photo identification, you can go on a tour hosted by the American Museum of Science and Energy which includes the old graphite reactors as well as the Y-12 museum in an operational government facility with a billboard right outside that reminds employees to keep secrets a secret.

For a special treat, stop in the museum afterwards to see the brilliant photos of Ed Westcott, the official photographer during wartime.